As with any other type of allergy, allergic reactions to bee stings require prior sensitization. If someone has never been stung before, they are not allergic. Allergic reactions can occur with the second sting or with the 100th sting, but never the first sting. 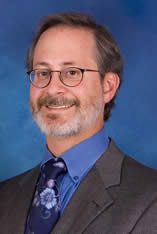 Local pain and swelling
Local pain and swelling are expected after a bee sting and not a cause for concern. Also large local reactions, while painful, are not dangerous as long as they do not involve the airway. Neither of these two reactions identifies patients at increased risk for anaphylactic reactions to bee stings other than creating the possibility of sensitizing the patient to bee venom.

About The Author
Dr. Gary B. Moss received a BA in Biology from the University of Chicago and an MS in Human Physiology from Georgetown University. He graduated from the Medical College of Virginia, where he also completed his Internship and Residency in Internal Medicine. He served as a Fellow of Allergy and Immunology at Barnes-Jewish Hospital and Washington University at the St. Louis School of Medicine.

About Allergy & Asthma Specialists
For more than six decades the allergists and immunologist at Allergy & Asthma Specialists have been successfully treating adults and children in Virginia Beach, Norfolk, Chesapeake, Portsmouth, and throughout Hampton Roads, where the climate is conducive to allergies and asthma problems. Our allergy doctors treat allergic reactions from insect stings, bee stings, fire ant stings as well as allergic diseases such as Asthma, Hives, Allergic Rhinitis (eyes, ears, nose), Hay Fever, Food Allergies, Eczema, and more.